A Permanent Solution to the Revolving Debt Cycle

Kelsie Kay Haskell is one of the first to participate in the redesigned credit builder program. 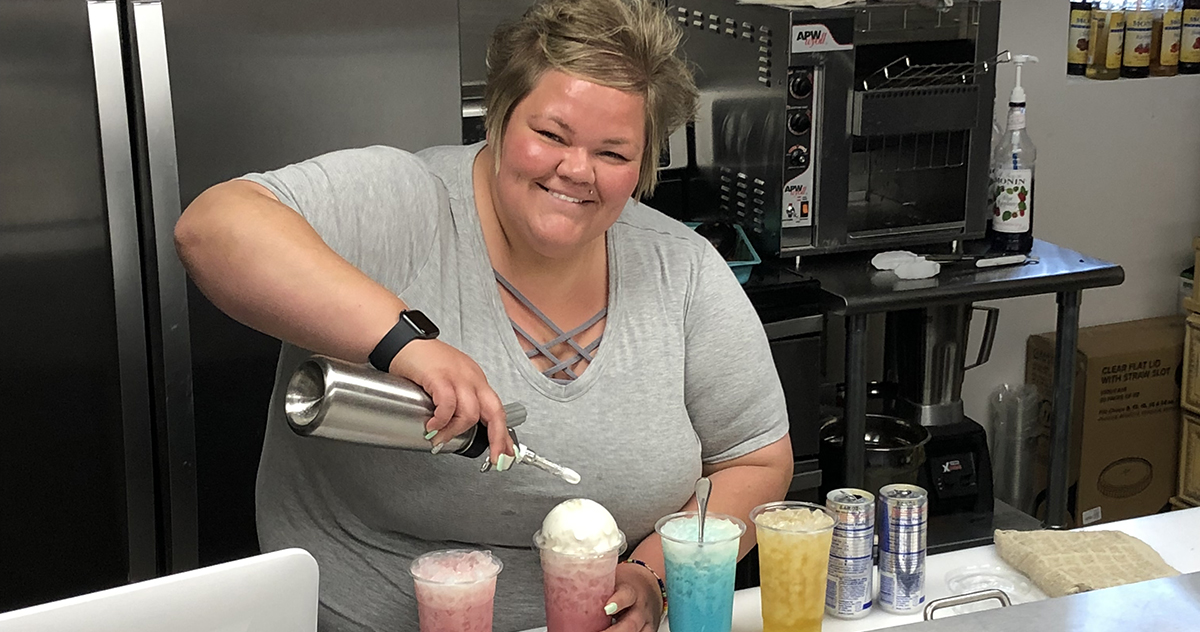 Four Bands Community Fund has been deploying credit builder loans for over 10 years, which has helped over 700 people clear up outstanding debt and raise their credit scores an average of 69 points.  While this is impressive, Four Bands detected a pattern in how people were using the credit builder loan over time.

“We noticed the same people kept coming through. It became a revolving door, and it wasn’t really changing their situation,” says Kristen Stambach, Director of Lending at Four Bands.

Last year, Four Bands took a deep dive to thoroughly examine their credit builder program and redesign it based on a coaching model. At the beginning of this year they launched the revamped program and have seen more permanent changes in financial habits.

Kelsie Kay Haskell who is one of the first participants in the new program says it “pretty much saved my life.”

Kelsie is no stranger to Four Bands. Her first credit builder loan was over 10 years ago. At that time she also completed an online financial literacy course. Although it was helpful, she describes the experience as “short and sweet.”

Kelsie explains, “It helped me get all the things paid off, but it just re-accrued.”

She reached out to Four Bands and enrolled in the new credit builder program in January. The first thing she did was meet with her coach, Kristen Stambach, to take an honest look at her financial situation and develop a debt reduction strategy. Since then, she has done an amazing job at implementing that strategy.

“At first, I was meeting with Kristen every week to check in and be accountable. It was probably the best thing for me,” says Kelsie.

Four Bands’ new approach revolves around specific goals that the client sets. The coach guides clients, like Kelsie, through the process of meeting those goals by presenting options and helping them make decisions.

“I feel like it has really changed people’s lives,” says Kristen.

And, it has changed Kelsie’s financial situation in several ways. Since she has been participating in the new program, Kelsie has increased her credit score by over 80 points! She has paid off all of her debt. She has achieved things that she never had before – like starting a savings account.

“I’d never saved a dime in my life,” says Kelsie.

The savings account is another new component of Four Bands’ credit builder program. Participants receive incentives and rewards for achieving milestones throughout the program, and they also contribute a minimum amount out of each paycheck. By the end of the program they have built up a significant emergency savings fund that they can use instead of incurring more debt.

Kelsie says there’s been a “100% turn-around” in her financial habits.

While in the credit builder program, she began saving for start-up costs to launch her very own business, which has always been a dream of hers. Kelsie’s business, Kelsie Kay’s Coffee Depot, is one of the anchor tenants in our new business incubator.