HomeFor ConsumersBuilding Credit and Creating a Bright Future
Posted by admin in For Consumers, For Youth, Success Stories Views 3094 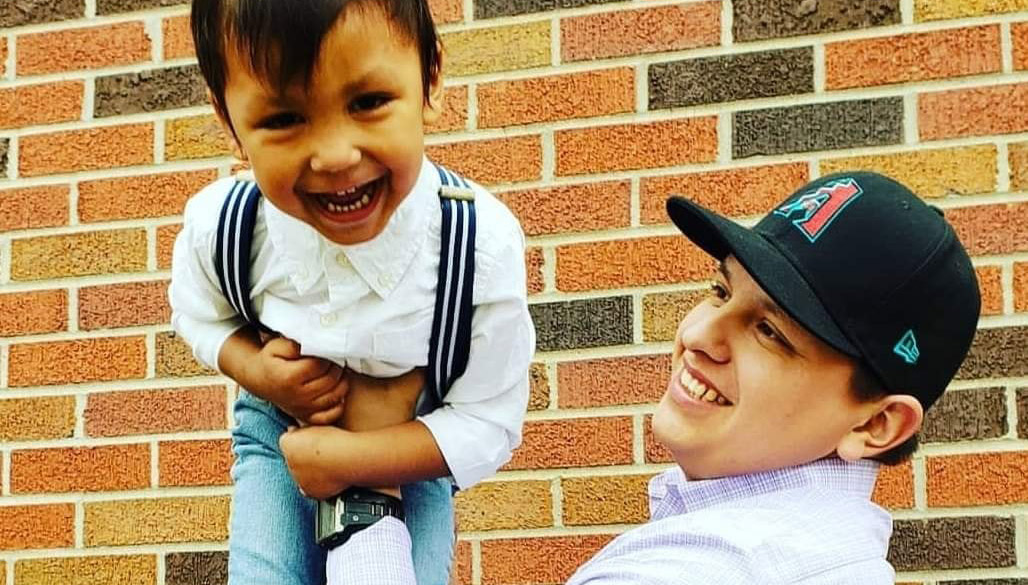 The summer of 2010 was filled with milestones for Stottin Newbrough. By participating in Four Bands’ youth entrepreneur internship program, he got his first real job and worked the summer at South Dakota Game, Fish, and Parks. As part of the program, Stottin saved $1,000 in a savings account and received a 4:1 match from Four Bands. He used his savings to purchase a lap top for his upcoming first semester at South Dakota School of Mines. That summer, he and his wife also had their first child.

“I remember right before our first child was born. I was thinking, ‘What are we going to do?’ We have no real jobs, and we’re going to college,” reflects Stottin.

It was an uncertain time for the young couple, but Stottin received several scholarships to cover his education expenses and worked on fire crews during the summer to make ends meet. While he was in college, his bank sent him a credit card in the mail. It started with a small limit but kept increasing periodically. Stottin said he didn’t think much about it, but used it as he needed.

“I would pay it down. Then run low on money and have to start using it again,” he explains.

He ended up with three credit cards and into some substantial debt at a young age. Although he would make his monthly payments, he wasn’t paying enough to fully pay them off and was carrying high balances. When it came time to get a vehicle loan, he discovered how those practices can lower your credit score and cost you money with higher interest rates. This was a hard lesson, but Stottin was determined to find a better way.

After graduating with his civil engineering degree in May of 2017, Stottin moved back home to Cheyenne River and began working at Indian Health Service. He also enrolled in Four Bands’ financial coaching program and began meeting regularly with his financial coach, Cora Mae Haskell.

“She taught me a lot of stuff that I wish I had learned in high school,” says Stottin of Cora Mae.

He and his wife also attended trainings together where they learned “how to better watch [their] credit and how that effects everything.” As part of the program, Stottin used a Four Bands Credit Builder Loan to consolidate his debt and began making regular deposits into a savings account to build up an emergency fund. Within a year, he increased his credit score 127 points.

“Now I have credit cards that are very useful to me. I’m smarter now than I was then. I’m able to say I have good credit, and there is a lot of personal satisfaction in that,” says Stottin.

Stottin also finds satisfaction in passing along the knowledge he gained from his financial coaching experience. He regularly provides guidance to his sister and is helping her avoid some of the pitfalls he encountered. Because he knows how easy it is to get into debt, he doesn’t want her to go through the same thing he did. He also has many opportunities to model positive financial habits for his five children, ages 9 years to 3 months. His oldest daughter has a savings account and already wants a debit card so she can more easily access her money, but Stottin and his wife encourage saving.

“I was never really taught the value of money and how to save money. I just had the spend, spend, spend mentality. I want to do more for my kids,” he says.

Last month, Stottin paid off his Credit Builder Loan. He has had several promotions in his job, and his wife is scheduled to graduate with her degree in business management this coming May. Now in a stronger financial position, Stottin has more financial options that ever before. After renting for nearly 10 years, he and his wife are looking into homeownership, which would create a family asset that could be passed onto future generations.

“In putting the numbers together and comparing that to what I could have into a house, it gets frustrating that we are paying all of this money and have nothing to show for it,” he says.

Whatever he decides, Stottin has done the leg work to open the doors of financial opportunity and can choose the path that is best for him and his family.