HomeNewsroomMark Shupick Retires After Nearly 20 Years of...
Posted by admin in Newsroom Views 3311 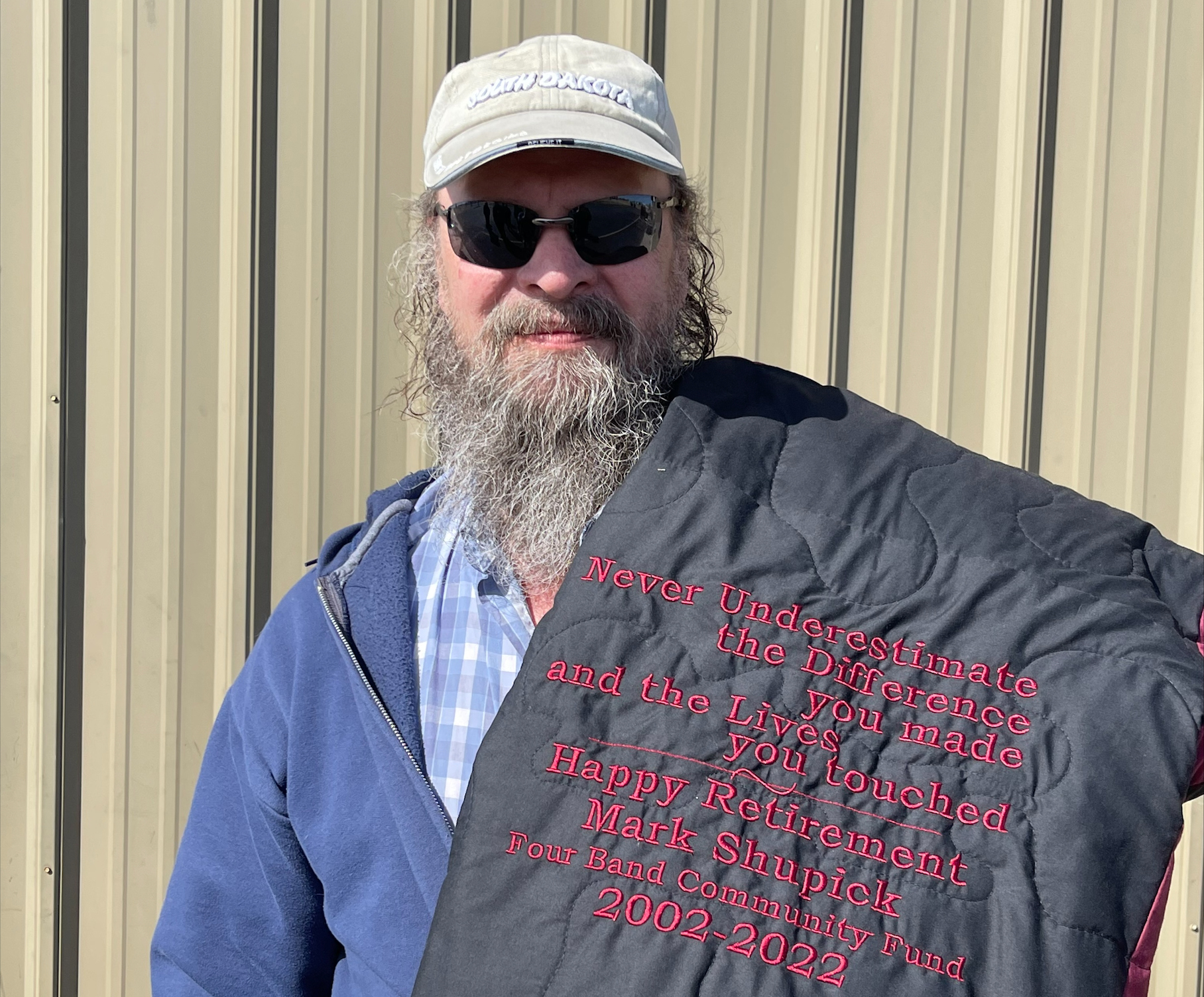 In 2002, Mark Shupick was hired on as Four Bands Community Fund’s Enterprise Manager where he managed the gift shop in the old depot at the end of Main Street. Since then, he has served in several positions within the organization, including Business Success Coach, Interim Executive Director, and Director of Business Development Services. Looking at Mark’s various titles, one can follow his career, see the growth of the organization, and track the development of Four Bands’ programs.

Once Mark got the gift shop in the old depot up and running, it supported local artists by selling their pieces. However, it wasn’t too long before Four Bands expanded their approach to focus on empowering entrepreneurs to start all types of businesses. This is when Mark’s title changed from Enterprise Manager to Business Success Coach.

“Things kind of changed. We shifted our focus to helping people start businesses – not running a business. We went to the coaching model, and that’s when things really took off,” reflects Mark.

As Four Bands’ original business coach, Mark was an integral part of establishing that line of programming. Based on his premise that “you can’t put entrepreneurs in a box,” Four Bands’ business success coaches continue to meet clients at their level.

Mark says, because of this, “It has impacted the business environment on Cheyenne River tremendously.” He believes the coaching model was at the time, and still is today, one of the best innovations that has come from within Four Bands.

With an entrepreneurial spirit himself, Mark was glad to start working with small businesses in the area. One incident in particular affirmed that he was right where he was supposed to be. It was the year the business signs on the fence in Shupick Park were taken down. Mark’s grandpa had a big part in putting up that fence and the signs, so it was sad to see. But, around the same time, Four Bands started an online business directory, and Mark led that initiative.

“That one thing made me feel like I was on the right path. I felt like one business directory went down, but I started a new one. That was big for me,” affirms Mark.

During a leadership transition in 2009, Mark served as the Interim Executive Director for a brief three-month stint, but he was happy to go back to working with entrepreneurs. As the Four Bands team continued to grow, Mark’s current position, Director of Business Development Services, was created to fulfill management responsibilities related to managing a team and operating a program department.

Looking back at nearly 20 years in his line of work, Mark emphasizes, “To see the growth of some of these entrepreneurs is just amazing!”

This week, the Four Bands team bids farewell to Mark as he heads into retirement. He has touched the lives of 1,520 entrepreneurs and played a key role in starting over 300 local businesses on Cheyenne River – all while 5,217 jokes were told (Wink, wink!). We offer gratitude in setting a foundation that entrepreneurs will continue to build on and wish him much enjoyment in his retirement activities – homesteading, building, traveling, and restoring his ’68 Chevy short box.

Congratulations on your retirement Mark!