Celebrating the First Year in Business 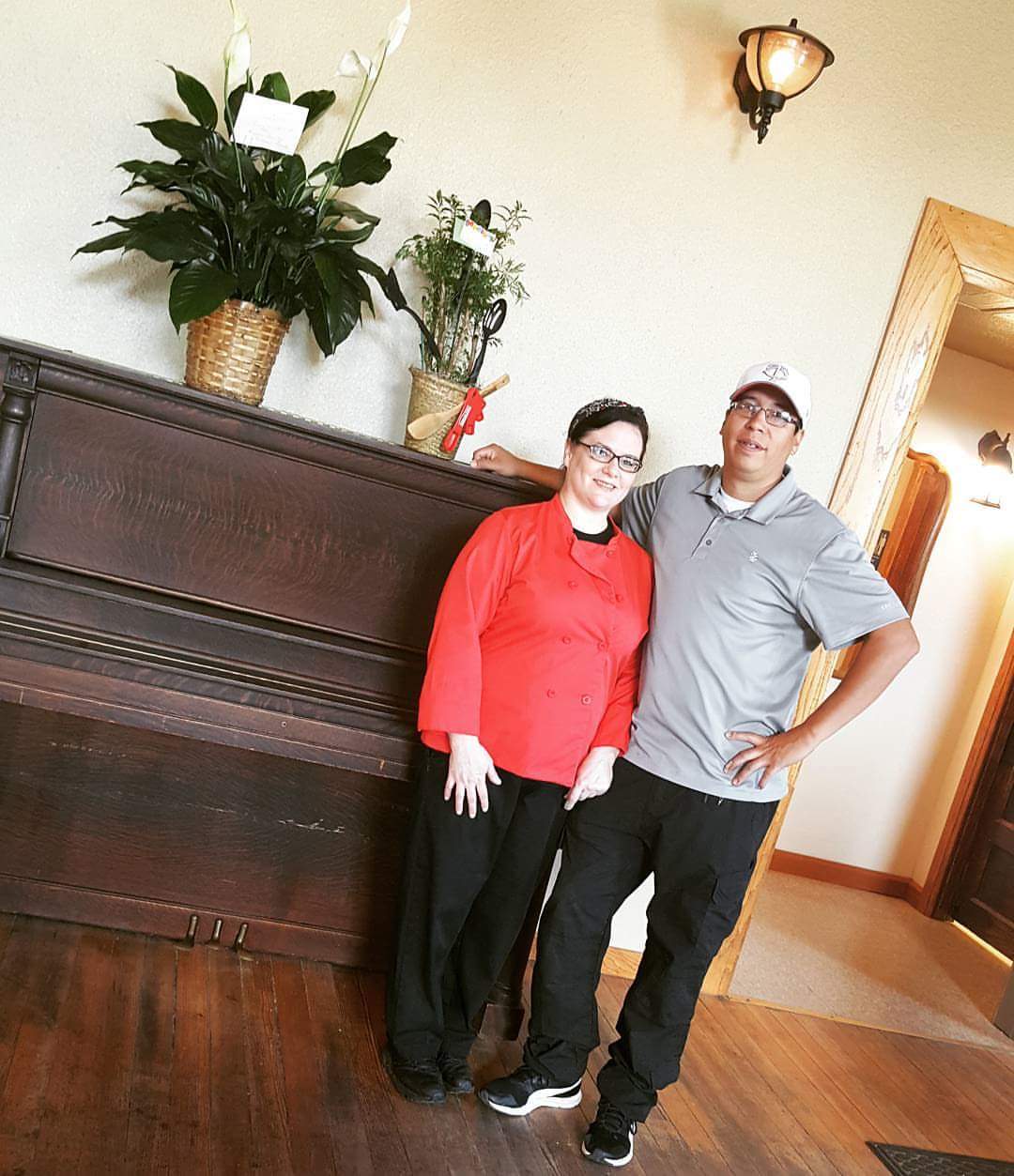 One year ago, Nik (Sisseton Wahpeton Oyate) and Tracey Sing, were making a dream come true by opening the doors to Hickory Street Kitchen & Cocktails in Sisseton, South Dakota on the Lake Traverse Reservation. They began this endeavor with four elements as the foundation of their business model: 1) great food; 2) amazing atmosphere; 3) profitability and longevity; and 4) community outreach and goodwill. Their approach, as well as thorough preparation, led them to a successful business venture.

After years of working in the food service industry, Nik and Tracey had a desire to start their own restaurant. They decided to test out their skills with a small food truck venture that traveled to pow-wows. As expected, their food truck experiment turned out very well.

Nik explains, “My wife has always been a really good cook.”

Shortly after that, the couple took the next step on their entrepreneurial path and Tracey enrolled in the Le Cordon Bleu College of Culinary Arts in Minneapolis, Minnesota. While this was a big investment in their future, it came with many sacrifices. Nik relocated to Minneapolis and worked as a painter to support their family while Tracey attended school.

Tracey feels that getting her culinary degree was one of the best decisions she made. She says, “School really did help me in the long run. There were so many little things I learned, and the places I worked while in school gave me a good experience. Making it with the business would have been a lot harder without my schooling.”

Hickory Street’s upscale menu with sophisticated flavor palettes – lessons Tracey learned while at school – is also what gives them a competitive edge. With things on the menu like the Pork Sausage Picadillo Quesadilla and the Hawaiian Chicken Melt, there just really isn’t anything else like it in town. Tracey takes great pride in the fact that everything on the menu, down to the sauces and dressings, is made from scratch with fresh ingredients.

Just as Tracey was finishing up her culinary program, a stroke of luck presented an amazing opportunity for the Sing’s. A foreclosed restaurant, complete with equipment, liquor license, plates, and silverware, came up for sale in their hometown. With nearly perfect timing, the Sing’s jumped on it and approached Four Bands Community Fund for start-up capital.

“Four Bands was great to work with. It was a really easy process,” says Nik.

The Sing’s used their loan from Four Bands to purchase the restaurant, make some minor improvements, and to cover short-term operating costs. As part of their loan application, the Sing’s prepared three years of financial projections. Tracey believes that having this information at the forefront of their business venture has been extremely helpful, and it is something she strongly recommends to any entrepreneur.

“Having a business plan gave us goals, and looking back, we can see we’ve stuck pretty close to that,” she says.

In the small, rural town of Sisseton, Hickory Street Kitchen & Cocktails has become a place for people to meet and gather. They host a variety of events that could include anything from business meetings to karaoke night, but they also make giving back to the community a priority by sponsoring events and donating to local charities.