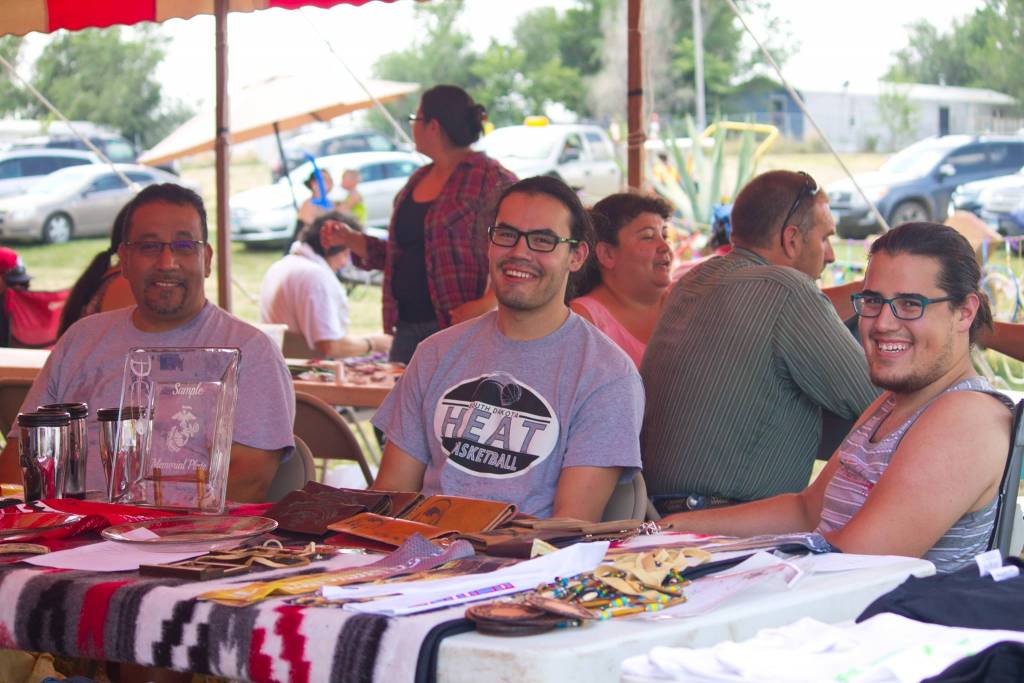 According to Bloomberg, 8 out of 10 entrepreneurs who start businesses fail within 18 months. For entrepreneurs, failure is not only a very real possibility, but it is more often than not what leads them to success. Walt Swan (Cheyenne River Sioux) is no different.

After a not-so-successful business venture, Walt was left with a very expensive piece of equipment – a laser engraving machine. Walt did what any true entrepreneur would do when life gave him lemons. He made lemonade by developing a creative way to turn his purchase into a profitable business venture.

In 2015, He Sapa Laser Solutions of Rapid City, South Dakota, was born. The company began in an old warehouse by producing laser engraved glassware and leather.

Walt reflects on the company’s humble beginnings, “That first winter was real hard without any heat.”

The frigid winter temperatures created uncomfortable working conditions and made it difficult for the laser to operate. The laser’s optimum operating temperature is 70 degrees.

“We would have to wait a long time for the laser to heat up,” explains Walt. That, in turn, would slow down production.

That’s when Walt approached Four Bands Community Fund for a loan to install a heating and cooling system in the warehouse. Walt says with the new system they “can work all year long in a livable working environment.”

Still technically in its start-up phase, He Sapa Laser Solutions has some significant accomplishments under its belt. Through a unique partnership with renowned local Lakota artists, Jim Yellow Hawk and Don Montileaux, they are producing high-end designs on a variety of items. They have designed an exclusive line of glassware, which retails at Prairie Edge, a well-known Native American gallery. Other clients include Crazy Horse Memorial, Mystic Lake Casino, and Lakota Nation Invitational. With an additional loan from Four Bands, the company has already expanded to include screen-printing and sublimation to their line of services.

Although their accomplishments have been great, Walt says there are still many challenges in a developing business. The biggest challenge is keeping the cash flow in balance. As a wholesaler, many of their vendors require large minimum orders, which can put a big dent in their cash on hand. Walt explains, “We need product to sell, but we also have fixed expenses that have to be paid. It can be hard to keep a working inventory.”

But so far, they have navigated those challenges successfully. Their annual revenues are growing year over year, and they hope the coming year is double what their first year was. While Walt is the official owner of He Sapa, he stresses that his two boys are the heart and soul of the company. His daughter, who is still in high school, also is involved. Walt says the most rewarding part of this entrepreneurial venture is that it’s a family affair.

“My sons have blossomed with this business and are always looking for something new. We are creating a family of sales people. We have created a bond by investing in a common goal,” says Walt.