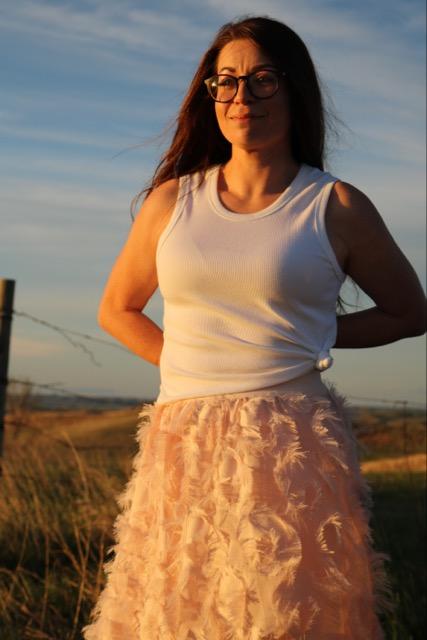 In the midst of the COVID-19 pandemic, Ubetcha Wateca celebrated one year at their new location in the Four Bands Business Incubator. Prior to moving into their first brick and mortar space, Ubetcha Wateca operated in a food truck for four years.

Expanding her operations came with more to manage – regulations, insurance, employees – and it was an adjustment. But, Shari has been fully committed since day one and it has paid off. Ubetcha Wateca has a loyal group of customers that strongly support the local business. Shari believes this is because they know who is cooking and the food has been consistent.

“Before the virus, every month was getting better and better. We were expecting a slow-down eventually after the grand opening, but it never happened,” says Shari.

Shari explains that since the pandemic has hit, business at Ubetcha Wateca has slowed down a little bit and reduce their staff, but they have pivoted to adapt to the constantly changing situation in more ways than one. They are currently taking orders and payments over the phone and doing curbside delivery to ensure the safety of the community.

“We’re willing to do whatever it takes to slow the virus and protect our elders,” says Shari.

The other challenge that has come along with the pandemic is soaring food prices and food scarcities. Shari says it’s been difficult to find eggs and lettuce, and she’s had to raise menu prices a little bit to keep up with the higher food prices. Since Ubetcha Wateca uses a local beef producer, that that portion of their menu has not been impacted though.

“We are going to expand on our garden this year, because we all need to be growing more of our own food now,” says Shari. The garden will provide more locally-grown fresh produce for the Ubetcha Wateca menu.

Even though it’s been a stressful time, Shari reminds herself that it’s temporary and they’re adapting. “No matter what, we can always remain kind throughout all of this,” she says.

Shari also recognizes that there is a lot to be grateful for, such as being a tenant in the Four Bands Business Incubator. Unlike renting a regular commercial space, incubators invest in the development of local businesses. Four Bands’ incubator space offers lower than market value rates for leases and reduced costs for a variety of professional services, such as bookkeeping and marketing. The idea is to provide on-going and intensive support to a business in its start-up phase so that they will be stronger and more viable in the long-term.

“We would be really struggling right now if we were not in an incubator space. Besides all of my hard work and heart, Four Bands has really, really, really helped us. They understand the importance of small businesses in a community and what we bring to the community,” says Shari.

Shari is grateful for the support from Four Bands, the community, and Ubetcha Wateca’s customers. But her unrelenting dedication, especially in the very early years of her business, cannot be overlooked as a contributing factor to her success. If there wasn’t an easy path, Shari would make one. For example, she used to drive every weekend to Rapid City to purchase food from a big box store. Now, she has working relationships with food wholesalers.  A lot of sacrifices and many hours of hard work were invested into growing Ubetcha Wateca.

“We’re finally at a point where were not struggling so much. We’re holding it down, and I’m really proud of us that we’re able to do it,” says Shari.

And now, Shari has a desire to help other entrepreneurs. She believes that business owners, especially in a small town can build each other up, even if they are competitors.

“I’m willing to share and I want to share. It’s hard, but you can do it,” says Shari.